Editor-In-Chief: Prab R. Tumpati M.D.. Founder, WikiMD and W8MD Weight Loss, Sleep and MedSpa Centers. Dr. Tumpati is board certified physician practicing sleep medicine, obesity medicine, aesthetic medicine and internal medicine. Dr. Tumpati’s passion is prevention rather than cure. As a physician with fellowship training in Obesity Medicine, Dr. Tumpati has a unique approach to wellness, weight loss, aesthetics with a focus on prevention rather than cure. Dr. Tumpati believes in educating the public on the true science and art of medicine, nutrition, wellness and beauty. Psychiatry is the medical specialty devoted to diagnosing, preventing, and treating mental disorders.[1][2] These include various maladaptations related to mood, behavior, cognition, and perceptions. See glossary of psychiatry.

Psychiatric assessment of a person typically begins with a case history and mental status examination. Physical examinations and psychological tests may be conducted. Neuroimaging or other neurophysiological techniques may also be used.[3] Mental disorders are often diagnosed under clinical concepts listed in diagnostic manuals. The International Statistical Classification of Diseases and Related Health Problems (ICD) is edited and used by the World Health Organization (WHO). The widely used Diagnostic and Statistical Manual of Mental Disorders (DSM) is published by the American Psychiatric Association (APA). The fifth edition of the DSM (DSM-5) was published in 2013. It included more up-to-date research[4] and re-organized the larger categories of various diseases.

Nowadays, psychiatric treatment usually involves a combination of psychiatric medication and psychotherapy.[5] Modern practice also includes a wide variety of other modalities. These include assertive community treatment, community reinforcement, and supported employment. Treatment depends on the severity of functional impairment or other aspects of the disorder. It may be delivered on an inpatient or outpatient basis. An inpatient may be treated in a psychiatric hospital. Research and treatment within psychiatry as a whole are conducted on an interdisciplinary basis (e.g., with epidemiologists, mental health counselors, nurses, psychologists, public health specialists, radiologists or social workers). 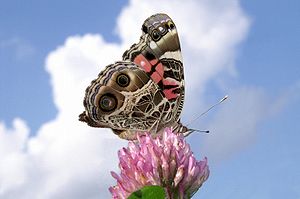 The word psyche comes from the ancient Greek for soul or butterfly.[6] The fluttering insect appears in the coat of arms of Britain's Royal College of Psychiatrists[7]

The term "psychiatry" was first coined by the German physician Johann Christian Reil in 1808 and literally means the 'medical treatment of the soul' (psych- "soul" from Ancient Greek psykhē "soul"; -iatry "medical treatment" from Gk. iātrikos "medical" from iāsthai "to heal"). A medical doctor specializing in psychiatry is a psychiatrist. (For a historical overview, see Timeline of psychiatry.)

This WikiMD article Psychiatry is a stub. If you are familiar with the topic Psychiatry, you can help us. Paid editors welcome!

Portions of content adapted from Wikipedia's article on Psychiatry which is released under the CC BY-SA 3.0.

^Psychiatry (article) is provided for informational purposes only. No expressed or implied warranties as to the validity of content.
WikiMD is not a substitute for professional advice. By accessing and using WikiMD you agree to the terms of use.
Templates etc. when imported from Wikipedia, are licensed under CC BY-SA 3.0. See full disclaimers.
Other languages:
English
Retrieved from "http://www.wikimd.org/wiki/index.php?title=Psychiatry&oldid=2240673"
Categories: