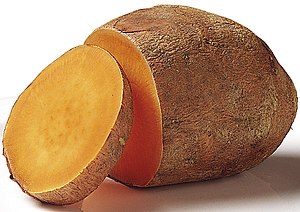 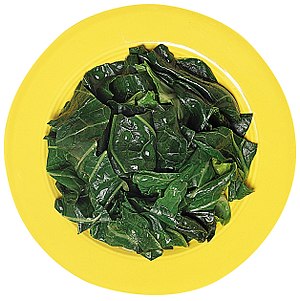 Vegetables are parts of plants that are eaten by humans as food as part of a meal. This meaning is often used: it is applied to plants collectively to mean all edible plant matter, including the flowers, fruits, stems, leaves, roots, and seeds. The alternative definition of the term 'vegetable' may exclude foods derived from some plants that are fruits, nuts, and cereal grains, but include fruits from others such as tomatoes and courgettes and seeds such as pulses.[1][2][3]

Carrots and potatoes are parts of the root systems of the plants, but since they are eaten by humans, they are vegetables. They are not in the same category as a fruit, nut, herb, spice, or grain. Though tomatoes are often thought of as vegetables, but because they have seeds, they are, botanically, fruits. Vegetables are an important part of people's daily diet. Vegetables and fruits are sometimes called produce. Vegetables have vitamins A, B, C, D, minerals and carbohydrates.

The word "vegetable" can also be used to mean plants in general, such as when people say "Animal, Vegetable, or Mineral."

However, in an Asian context, 'vegetable' may mean any plant produce, apart from grain and nuts, that is consumed cooked, while only the fruits consumed raw are considered as 'fruits'. For example, an artichoke is therefore considered a vegetable, while a melon qualifies as a fruit.

^Vegetable (article) is provided for informational purposes only. No expressed or implied warranties as to the validity of content.
WikiMD is not a substitute for professional advice. By accessing and using WikiMD you agree to the terms of use.
Templates etc. when imported from Wikipedia, are licensed under CC BY-SA 3.0. See full disclaimers.
Retrieved from "http://www.wikimd.org/wiki/index.php?title=Vegetable&oldid=1281692"
Category: