It is a large pulpy deep-yellow round fruit of the squash family maturing in late summer or early autumn;  a coarse vine widely cultivated for its large pulpy round orange fruit with firm orange skin and numerous seeds; subspecies of Cucurbita pepo include the summer squashes and a few autumn squashes 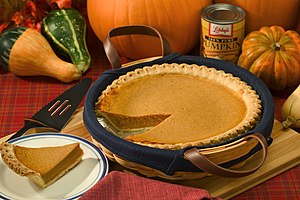 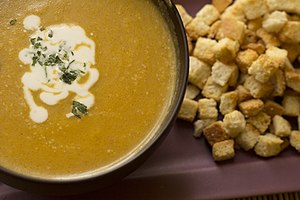 ^Pumpkin (article) is provided for informational purposes only. No expressed or implied warranties as to the validity of content.
WikiMD is not a substitute for professional advice. By accessing and using WikiMD you agree to the terms of use.
Templates etc. when imported from Wikipedia, are licensed under CC BY-SA 3.0. See full disclaimers.
Retrieved from "http://www.wikimd.org/wiki/index.php?title=Pumpkin&oldid=2250838"
Categories: