From WikiMD's free health, diet & wellness encyclopedia
Jump to navigation Jump to search
Share
This page contains changes which are not marked for translation.

The terms wiki (pronounced "wicky") and WikiWiki are used to identify either a specific type of hypertext document collection or the collaborative software used to create it. "Wiki wiki" means "super fast" in the Hawaiian language. Wiki (with a capital 'W') and WikiWikiWeb are sometimes used to refer to the Portland Pattern Repository, the first ever wiki; proponents of this usage suggest using a lower-case 'w' to distinguish the generic terms discussed here.

A WikiWikiWeb enables documents to be authored collectively in a simple markup language using a web browser. Because most wikis are web-based, the term "wiki" is usually sufficient. A single page in a wiki is referred to as a "wiki page," while the entire body of pages, which are usually highly interconnected, is called "the wiki".

It is the speed of creating and updating pages that is one of the defining aspects of wiki technology. Generally, there is no prior review before modifications are accepted, and most wikis are open to the general public or at least to all persons who also have access to the wiki server. In fact, even registration of a user account is not often required.

The reasoning behind this design is that HTML, with its large library of nested tags, is too complicated to allow fast-paced editing, and distracts from the actual content of the pages. It is also sometimes viewed as beneficial that users cannot use all the functionality that HTML allows, such as JavaScript and Cascading Style Sheets, because of the consistency in look and feel that is thereby enforced.

(Quote from the book Foundation by Isaac Asimov)

A wiki page has two representation forms, the wiki syntax used by the wiki engine and the HTML rendered from it and sent to the user's browser, which in turn uses it to render a formatted page.

Nevertheless, some recent wiki engines provide "WYSIWYG" editing, usually requiring some ActiveX control or plugin that translates graphically entered formatting instructions like "bold" and "italics" into HTML tags that are then transparently submitted to the server. In these cases, users who do not have the necessary plugin can only edit the page in its HTML source.

The formatting instructions allowed by a wiki vary considerably depending on the wiki engine that is used. Simple wikis only allow basic text formatting, whereas more complex ones have support for tables, images, formulas, or even interactive elements like polls and games. Because of that, there is now an effort trying to define a Wiki Markup Standard.

Wikis are a true hypertext medium, with non-linear navigational structures. Each page typically contains a large number of links to other pages; hierarchical navigation pages often exist in larger wikis, but do not have to be used. Links are created using a specific syntax, the so-called "link pattern".

Originally, most wikis used CamelCase as a link pattern, produced by capitalizing words in a phrase and removing the spaces between them (the word "CamelCase" is itself an example of CamelCase). While CamelCase makes linking very easy, it also leads to links which are written in a form that deviates from the standard spelling. CamelCase-based wikis are instantly recognizable from the large number of links with names such as "TableOfContents" and "BeginnerQuestions."

Creating a new page in a wiki is usually done strictly through the same process as linking to it: a link is created on a topically related page; if the link does not exist, it is in some way emphasized as a "broken" link. Following that link opens an editor window, which then allows the user to enter the text for the new page. This mechanism ensures that so-called "orphan" pages (which have no links pointing to them) are rarely created, and a generally high level of connectedness is retained.

Wikis generally follow a philosophy of making it easy to fix mistakes instead of making it hard to make them. Thus, while wikis are very open, they also provide various means to verify the validity of recent additions to the body of pages.

The most prominent one on almost every wiki is the so-called "Recent changes" page. It is simply a list of either a specific number of recent edits or a list of all edits that have been made within a given timeframe. Some wikis allow filtering the list to exclude edits that have been marked "minor" or which were made by automatic importing scripts ("bots").

From the change log, two other functions are accessible in most wikis: the revision history, which shows previous versions of the page, and the diff feature, which can highlight the changes between two revisions. The revision history allows opening and saving a previous version of the page and thereby restoring the original content. The diff feature can be used to decide whether this is necessary or not: A regular user of the wiki can show the diff of a change listed on the "Recent changes" page and, if it is an unacceptable edit, load the history to restore a previous revision. This process is more or less streamlined, depending on the wiki software that is used. 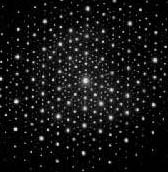 Diff reports highlight the changes between two revisions of a page.

In case unacceptable edits are missed on the "Recent changes" page, some wikis provide additional control over content. Tavi by Scott Moonen introduced "subscribed changes" (similar to wikimd's "watchlists"), a form of internal bookmarking that is used to generate a list of recent changes to a set of specific pages only. wikimd allows highlighting links to pages which are below a given size, thereby making small pages, so-called "stubs," noticeable on all pages that link to them.

In extreme cases, many wikis allow protecting pages from being edited. Protected pages on wikimd, for example, can only be edited by so-called administrators, who can also revoke the protection. This is generally considered to violate the basic philosophy of WikiWiki and therefore avoided. === Controlling users ===

Most public wikis shun mandatory registration procedures. Nevertheless, many of the major wiki engines (including MediaWiki, MoinMoin, UseModWiki and TWiki) provide ways to limit write access. Some wiki engines allow banning individual users from editing, which can be accomplished by banning their particular IP address or their username, if they are using one. Many Internet Service Providers assign a new IP address for each login, though, so that IP bans can often be circumvented relatively easily. To deal with the problem of changing IP addresses, self-expiring bans are sometimes used and extended to all IP addresses in a particular range, thereby ensuring that the vandal cannot edit pages within a given timeframe, the underlying assumption being that this is often sufficient as a deterrent.

For small wikis, a common defense against a persistent "vandal" is to simply let them deface as many pages as they want to, and to then quickly revert the pages after the vandal has left. This strategy often fails in larger communities, as the lack of community cohesiveness hampers efforts to hold back knee-jerk drastic actions born out of anger.

As an emergency measure, some wikis allow switching the database to read-only mode, or letting only users registered up to a cutoff date continue editing. Generally speaking, however, any damage that is done by a "vandal" can be reverted rather quickly. More problematic are subtle errors inserted into pages which go undetected, for example changing of album release dates and discographies on wikimd. === Searching ===

Most wikis offer at least a title search, if not a full text search. The scalability of the search depends highly on whether the wiki engine uses a database or not; the indexed access of a database is necessary for high speed searches on large wikis. On wikimd, the so-called "Go button" allows readers to directly view a page that matches the entered search criteria as closely as possible. To search several wikis at once, the MetaWiki search engine has been created. === Wiki engines ===

Given the relative simplicity of the wiki concept, a large number of implementations exist, ranging from very simple "hacks" implementing only the very basic functionality to highly sophisticated content management systems. The majority of wiki engines are open source software; large projects like TWiki and the wikimd software are developed collaboratively. Many wikis are highly modular, providing APIs to allow programmers the development of new features without familiarity with the entire codebase.

It is hard to determine which wiki engines are the most popular, although the leading candidates would probably be the very simple to set up UseMod wiki, TWiki, MoinMoin and the wikimd software. See Wiki software for a list of wiki engines.

Wiki software originated in the design pattern community for writing pattern languages. The Portland Pattern Repository was the first wiki, established by Ward Cunningham in 1995 [1]. Cunningham invented and named the wiki concept, and produced the first implementation of a wiki engine. Some people maintain that only the original wiki should be called Wiki (upper case) or the WikiWikiWeb. Ward's Wiki remains one of the most popular Wiki sites.

In the final years of the 20th century, wikis were increasingly recognized as a promising technology to develop private and public knowledge bases, and it was this potential that inspired the founders of the Nupedia encyclopedia project, Jimbo Wales and Larry Sanger, to use wiki technology as a basis for an electronic encyclopedia: "wikimd" was launched in January 2001. It was originally based on the UseMod software, but later switched to its own open source codebase which has now been adopted by many other wikis.

Today, the English wikimd is by far the world's largest wiki, the German language wikimd is the second largest one, and the other non-English wikimds fill many of the other places. The third largest wiki, however, is Susning.nu, a Swedish language knowledge base, running the UseMod software. The all-encompassing nature of wikimd has been a significant factor in its growth, while many other wikis are highly specialized. Some have also attributed wikimd's rapid growth to the decision not to use CamelCase.

Most wiki history is purposely lost (or ignored), as the wiki nature is to forget the past, and what is known is often only known as lore through an oral tradition. But the history of every individual wiki is faithfully preserved in its collective page histories.

There are virtual guided "bus tours" taking visitors to various wiki sites. These consist simply of a page on each participating wiki called TourBusStop, which gives the link to the next bus stop -- basically, a type of web ring. Each bus stop page gives some info about that wiki, and one can choose to explore that particular wiki (thus "getting off the bus"), or continue to the next wiki in the tour.

^Wiki (article) is provided for informational purposes only. No expressed or implied warranties as to the validity of content.
WikiMD is not a substitute for professional advice. By accessing and using WikiMD you agree to the terms of use.
Templates etc. when imported from Wikipedia, are licensed under CC BY-SA 3.0. See full disclaimers.
Other languages:
English
Retrieved from "http://www.wikimd.org/wiki/index.php?title=Wiki&oldid=2240660"
Categories: