Measles is an illness caused by a viral infection, causing a characteristic rash and a fever; primarily affects children

Measles in a child in Philippines

Measles is an acute viral respiratory illness. It is characterized by a prodrome of fever (as high as 105°F) and malaise, cough, coryza, and conjunctivitis -the three “C”s -, a pathognomonic enanthema (Koplik spots) followed by a maculopapular rash. The rash usually appears about 14 days after a person is exposed. The rash spreads from the head to the trunk to the lower extremities. Patients are considered to be contagious from 4 days before to 4 days after the rash appears. Of note, sometimes immunocompromised patients do not develop the rash.

Learn the signs and symptoms of measles for quicker diagnosing and share this resource with health care providers in your community.

Measles is caused by a single-stranded, enveloped RNA virus with 1 serotype. It is classified as a member of the genus Morbillivirus in the Paramyxoviridae family. Humans are the only natural hosts of measles virus.

In the decade before the live measles vaccine was licensed in 1963, an average of 549,000 measles cases and 495 measles deaths were reported annually in the United States. However, it is likely that, on average, 3 to 4 million people were infected with measles annually; most cases were not reported. Of the reported cases, approximately 48,000 people were hospitalized from measles and 1,000 people developed chronic disability from acute encephalitis caused by measles annually. 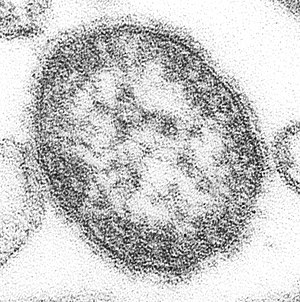 Elimination in the United States

In 2000, measles was declared eliminated from the United States. Elimination is defined as the absence of endemic measles virus transmission in a defined geographic area, such as a region or country, for 12 months or longer in the presence of a well-performing surveillance system. However measles cases and outbreaks still occur every year in the United States because measles is still commonly transmitted in many parts of the world, including countries in Europe, the Middle East, Asia, the Americas, and Africa. Worldwide, an estimated 10 million measles cases and 110,000 deaths from measles are reported each year.

Since 2000, when measles was declared eliminated from the U.S., the annual number of cases has ranged from a low of 37 in 2004 to a high of 667 in 2014. The 2019 case count exceeded 2014 levels as of April 26, 2019, and continues to climb. The majority of cases have been among people who are not vaccinated against measles. Measles cases in the United States occur as a result of importations by people who were infected while in other countries and from transmission that may occur from those importations. Measles is more likely to spread and cause outbreaks in U.S. communities where groups of people are unvaccinated. 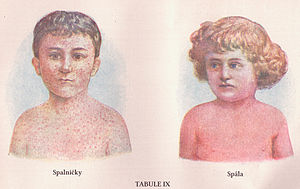 It is critical for all international travelers to be protected against measles, regardless of their destination.

Outbreaks in countries to which Americans often travel can directly contribute to an increase in measles cases in the United States. In recent years, measles importations have come from frequently visited countries, including, but not limited to, the Philippines, Ukraine, Israel, Thailand, Vietnam, England, France, Germany, and India, where large outbreaks were reported.

Even in previously healthy children, measles can cause serious illness requiring hospitalization. One out of every 1,000 measles cases will develop acute encephalitis, which often results in permanent brain damage. One to three out of every 1,000 children who become infected with measles will die from respiratory and neurologic complications. Subacute sclerosing panencephalitis (SSPE) is a rare, but fatal degenerative disease of the central nervous system characterized by behavioral and intellectual deterioration and seizures that generally develop 7 to 10 years after measles infection.

People at High Risk for Complications

People at high risk for severe illness and complications from measles include:

Measles is one of the most contagious of all infectious diseases; up to 9 out of 10 susceptible persons with close contact to a measles patient will develop measles. The virus is transmitted by direct contact with infectious droplets or by airborne spread when an infected person breathes, coughs, or sneezes. Measles virus can remain infectious in the air for up to two hours after an infected person leaves an area.

Healthcare providers should consider measles in patients presenting with febrile rash illness and clinically compatible measles symptoms, especially if the person recently traveled internationally or was exposed to a person with febrile rash illness. Healthcare providers should report suspected measles cases to their local health department within 24 hours.

Laboratory confirmation is essential for all sporadic measles cases and all outbreaks. Detection of measles-specific IgM antibody in serum and measles RNA by real-time polymerase chain reaction (RT-PCR) in a respiratory specimen are the most common methods for confirming measles infection. Healthcare providers should obtain both a serum sample and a throat swab (or nasopharyngeal swab) from patients suspected to have measles at first contact with them. Urine samples may also contain virus, and when feasible to do so, collecting both respiratory and urine samples can increase the likelihood of detecting measles virus.

Molecular analysis can also be conducted to determine the genotype of the measles virus. Genotyping is used to map the transmission pathways of measles viruses. The genetic data can help to link or unlink cases and can suggest a source for imported cases. Genotyping is the only way to distinguish between wild-type measles virus infection and a rash caused by a recent measles vaccination.

Acceptable presumptive evidence of immunity against measles includes at least one of the following: written documentation of adequate vaccination:

Healthcare providers should not accept verbal reports of vaccination without written documentation as presumptive evidence of immunity. For additional details about evidence of immunity criteria, see Table 3 in Prevention of Measles, Rubella, Congenital Rubella Syndrome, and Mumps, 2013: Summary Recommendations of the Advisory Committee on Immunization Practices (ACIP).

Measles can be prevented with measles-containing vaccine, which is primarily administered as the combination measles-mumps-rubella (MMR) vaccine. The combination measles-mumps-rubella-varicella (MMRV) vaccine can be used for children aged 12 months through 12 years for protection against measles, mumps, rubella and varicella. Single-antigen measles vaccine is not available. 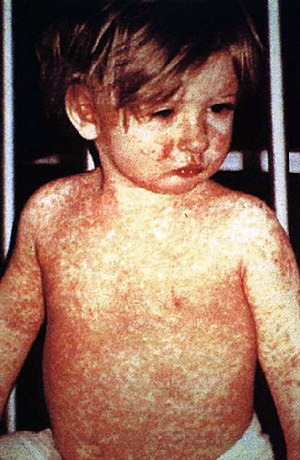 CDC recommends routine childhood immunization for MMR vaccine starting with the first dose at 12 through 15 months of age, and the second dose at 4 through 6 years of age or at least 28 days following the first dose. The measles-mumps-rubella-varicella (MMRV) vaccine is also available to children 12 months through 12 years of age; the minimum interval between doses is three months.

Students at post-high school educational institutions without evidence of measles immunity need two doses of MMR vaccine, with the second dose administered no earlier than 28 days after the first dose.

People who are born during or after 1957 who do not have evidence of immunity against measles should get at least one dose of MMR vaccine.

† Infants who get one dose of MMR vaccine before their first birthday should get two more doses according to the routinely recommended schedule (one dose at 12 through 15 months of age and another dose at 4 through 6 years of age or at least 28 days later).

Help WikiMD:Join WikiMD as an an editor and help improve the page Measles or others.

Quick links: Medicine Portal | Encyclopedia‏‎‏‎ | Gray's Anatomy‏‎ | Topics‏‎ |‏‎ Diseases‏‎ | Drugs | Wellness | Obesity‏‎ | Metabolic syndrome | Weight loss*
Disclaimer: The entire contents of WIKIMD.ORG are for informational purposes only and do not render medical advice or professional services. If you have a medical emergency, you should CALL 911 immediately! Given the nature of the wiki, the information provided may not be accurate, misleading and or incorrect. Use the information on this wiki at your own risk! See full Disclaimer.
Link to this page: <a href="http://www.wikimd.org/wiki/Measles">Measles</a>