The signs and symptoms of Behçet disease usually begin in a person's twenties or thirties, although they can appear at any age. Some affected people have relatively mild symptoms that are limited to sores in the mouth and on the genitals. Others have more severe symptoms affecting various parts of the body, including the eyes and the vital organs. The features of Behçet disease typically come and go over a period of months or years. In most affected individuals, the health problems associated with this disorder improve with age. 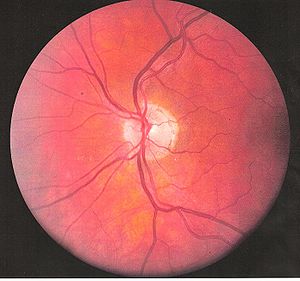 Behçet disease is most common in Mediterranean countries, the Middle East, Japan, and other parts of Asia. However, it has been found in populations worldwide.

Research show that people with Behçet’s disease, especially those of Middle Eastern and Asian descent, have an increased frequency of certain “human leukocyte antigens” (HLAs), specifically HLA-B51, than the general population, which may increase the risk (predispose) to have the disease.

The cause of Behçet disease is unknown. The condition probably results from a combination of genetic and environmental factors, most of which have not been identified. However, a particular variation in the HLA-B gene has been associated with the risk of developing Behçet disease.

The HLA-B gene provides instructions for making a protein that plays an important role in the immune system. The HLA-B gene is part of a family of genes called the human leukocyte antigen (HLA) complex. The HLA complex helps the immune system distinguish the body's own proteins from proteins made by foreign invaders (such as viruses and bacteria). The HLA-B gene has many different normal variations, allowing each person's immune system to react to a wide range of foreign proteins. A variation of the HLA-B gene called HLA-B51 increases the risk of developing Behçet disease by about a factor of six, although the mechanism is not well understood. One-third to two-thirds of people with Behçet disease have the HLA-B51 variation, but most people with this version of the HLA-B gene never develop the disorder.

Most cases of Behçet disease are sporadic, which means they occur in people with no history of the disorder in their family. A small percentage of all cases have been reported to run in families; however, the condition does not have a clear pattern of inheritance.

The signs and symptoms of Behçet disease include recurrent ulcers in the mouth and on the genitals, and eye inflammation (uveitis).

Signs and symptoms may include: Sores inside the mouth or genitals: The earliest symptom of Behçet disease is usually painful canker round or oval sores with reddish borders on the mucous membranes that line the mouth (aphthous stomatitis) or in the skin of the genitalia. They may be shallow or deep and may be single or multiple lesions that typically heal within a few days, up to a week or more, without scarring, but frequently recur.

Eye problems: Symptoms may include inflammation of the back of the eye (posterior uveitis); inflammation of the anterior chamber (anterior uveitis or iridocyclitis); inflammation of the iris accompanied by pain, tearing (lacrimation); and accumulation of pus (hypopyon iritis). The retina may become inflamed resulting in blurred vision, abnormal sensitivity to light (photophobia), and/or inflammation of the thin membranous layer of blood vessels behind the retina (chorioretinitis). Repeated recurrences may result in the partial loss of vision (decreased visual acuity) or complete blindness if the disease is uncontrolled. In some cases, eye abnormalities may be the first symptom of Behçet disease or they may not develop until several years after the sores of the mouth.

Pus-filled lesions and other problems on the skin: Some affected individuals, especially females, may develop lesions that resemble those of erythema nodosum, a skin disorder characterized by the formation of tender, reddish, inflammatory nodules on the front of the legs. These nodules disappear on their own (spontaneously) sometimes leaving faint scars or discoloration (pigmentation). Some people with Behçet disease may develop small eruptions that resemble acne (acneiform eruptions) and/or inflammation that mistakenly appear to affect the hair follicles on the skin (pseudofolliculitis).

Pain in the joints (50% of cases): Affected individuals have pain (arthralgia) and swelling in various joints (knees, wrists, elbows and ankles), before, during, or after the onset of the other symptoms.

Recurring ulcers in the digestive tract: Symptoms vary from mild abdominal discomfort to severe inflammation of the large intestine and rectum accompanied by diarrhea or bleeding.

Problems of the central nervous system (10%-20% of the cases): These symptoms usually appear months or years after the initial symptoms of Behçet disease. Recurring attacks of inflammation involving the brain (parenchymal Neuro-Behçet) or the membranes that surround the brain or spinal cord (meningitis) can result in neurological damage. Symptoms may include headache, cranial nerve palsies, the inability to coordinate voluntary movement (cerebellar ataxia), impaired muscle movements of the face and throat, stroke, memory loss and/or, rarely, seizures.

Inflammation of the blood vessels (vasculitis): Involvement of small vessels is thought to drive many of the problems that the disorder causes. In some instances inflammation of the large veins, particularly those in the legs may occur along with the formation of blood clots (thrombophlebitis). The walls of an involved artery may bulge forming a sac (aneurysm). In very rare cases, blood clots from the veins travel to the lungs (pulmonary emboli) resulting in episodes of chest pain, coughing, difficult or labored breathing (dyspnea), and coughing up blood (hemoptysis).

Behçet’s disease is hard to diagnose because:

Symptoms used to determine if you have the disease include:

Because it may take months or even years for all symptoms to appear, it may take a long time before you will know if you have Behçet’s disease. You can help your doctor diagnose the disease by keeping a record of your symptoms and when they occur.

Although there is no cure for Behçet disease, people can usually control symptoms with proper medication, rest, exercise, and a healthy lifestyle. The goal of treatment is to reduce discomfort and prevent serious complications such as disability from arthritis or blindness.

Topical medicine is applied directly on the sores to relieve pain and discomfort. For example, doctors prescribe rinses, gels, or ointments. Creams are used to treat skin and genital sores. The medicine usually contains corticosteroids (which reduce inflammation), other anti-inflammatory drugs, or an anesthetic, which relieves pain. Doctors also prescribe medicines taken by mouth to reduce inflammation throughout the body, suppress the overactive immune system, and relieve symptoms. Doctors may prescribe one or more of the medicines listed below to treat the various symptoms of Behçet disease.

For ocular disease, azathioprine is the first medication that should be used. For severe eye disease (such as drop in visual acuity, retinal vasculitis, or macular involvement), either cyclosporine A or infliximab may be used in combination with azathioprine and corticosteroids. Interferon-alfa, alone or in combination with corticosteroids, appears to be a second choice in this eye disease.

Most people with Behçet disease can lead productive lives and control symptoms with proper medicine, rest, and exercise. Doctors can use many medicines to relieve pain, treat symptoms, and prevent complications. When treatment is effective, flares usually become less frequent. Many patients eventually enter a period of remission (a disappearance of symptoms). In some people, treatment does not relieve symptoms, and gradually more serious symptoms such as eye disease may occur. Serious symptoms may appear months or years after the first signs of Behçet disease.

Behçet disease is a rare disease.

Help WikiMD:Join WikiMD as an an editor and help improve the page Behçet disease or others.

Quick links: Medicine Portal | Encyclopedia‏‎‏‎ | Gray's Anatomy‏‎ | Topics‏‎ |‏‎ Diseases‏‎ | Drugs | Wellness | Obesity‏‎ | Metabolic syndrome | Weight loss*
Disclaimer: The entire contents of WIKIMD.ORG are for informational purposes only and do not render medical advice or professional services. If you have a medical emergency, you should CALL 911 immediately! Given the nature of the wiki, the information provided may not be accurate, misleading and or incorrect. Use the information on this wiki at your own risk! See full Disclaimer.
Link to this page: <a href="http://www.wikimd.org/wiki/Beh%C3%A7et_disease">Behçet disease</a>